ROUTES – HOW TO ARRIVE IN MADAGASCAR

How to Arrive in Mantasaly Resort Madagascar

The closest international airport is Diego Suarez Arachart Airport, also known as Antsiranana, Diego Suarez is the biggest city in North Madagascar. It is the capital of Diana Region which has most of Madagascar’s Natural Wonders.

ITAKA( To buy flight ticket is available only in Poland version )

TRANSFER FROM AIRPORT TO MANTASALY

After arriving in North Madagascar, the fastest way is by getting transfer from Diego Suarez Airport, but still if you want to explore Madagascar nature and Madagascar wildlife, you can take Bus/Jeep from Nosy Be Airport. 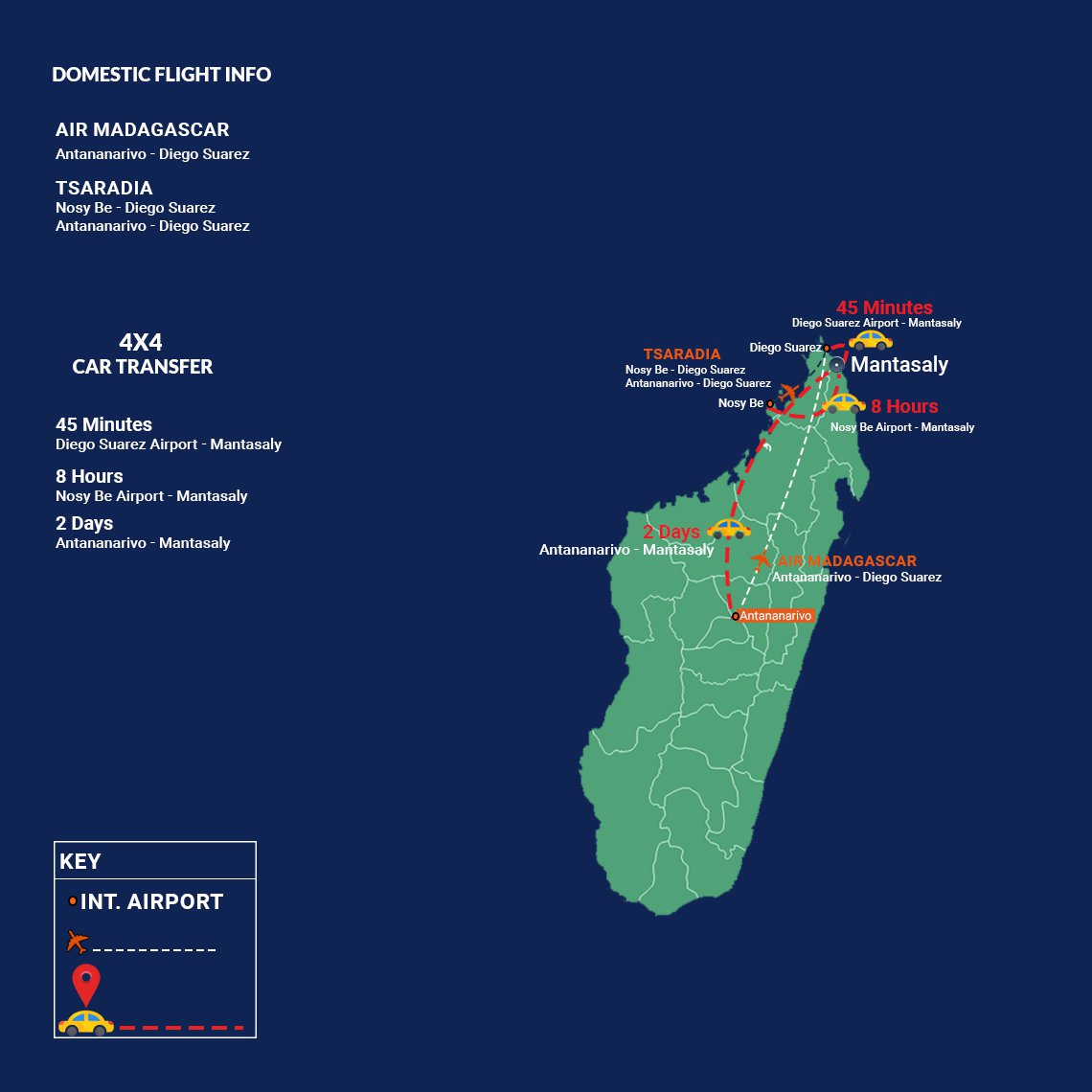